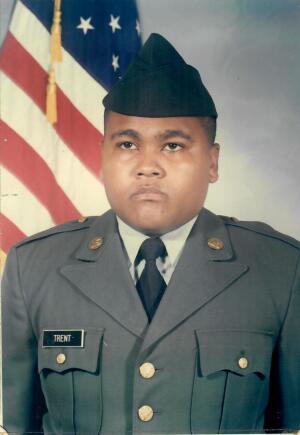 Andrew Trent, Jr. was born January 3, 1969 in Farmville, VA to the late Sadie Miller Trent and Andrew F. Trent. He was educated in New York City private and Public Schools, and was a graduate of Harry S. Truman High School in 1988. He was also educated at the Fort Eustis Transportation & Logistic Center. He was married to the former Terry L. Coles and to that union, two children were born.

He attended Columbia University. He served in the United States Army during Operation Desert Storm/Desert Shield and in the country of Somalia and was honorably discharged.

During Operation Desert Storm, he operated super-heavy equipment and vehicles. Post military, he was employed by the U. S. Postal Service, GRTC, the City of Richmond, Cumberland County Public Schools and most recently, Triton Stone Group. Mr. Trent deejayed many events and loved to do so at family events, especially parties and family reunions. He enjoyed work-
ing with children and volunteered for the Cumberland Youth League Basketball Team and Cumberland Middle School as Assistant Basketball Coach and was a substitute teacher in Cumberland.

To send flowers to the family or plant a tree in memory of Andrew Trent, Jr., please visit our floral store.