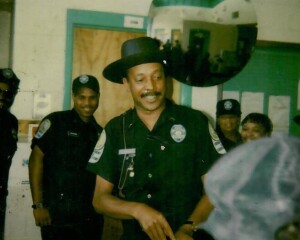 Mr. Hodges A. Ferguson, Jr. was born August 21, 1955 in Cumberland Virginia to the late Hodges A. Ferguson, Sr. and Lois Perkins Ferguson. On Saturday, June 25, 2022, Hodges departed this life at Lynchburg General Hospital in Lynchburg, VA. He graduated from Prince Edward County High School and attended Southside Community College. He was employed by the Prince Edward County School System as a bus driver. In addition, Hodges was employed for 30+ years at the Virginia Department of Corrections and retired as a Lieutenant. Hodges enjoyed playing drums and the guitar, and was a member of a band playing events in Prince Edward County and surroundings counties. Hodges accepted Christ at an early age and was baptized at First Rock Baptist Church, Prospect, VA.

To send flowers to the family or plant a tree in memory of Hodges Alvin Ferguson, Jr., please visit our floral store.

A Memorial Tree was planted for Hodges