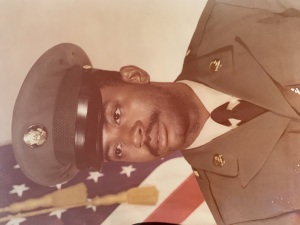 The Legacy of the Late Larry Eugene Allen, Sr.  An "Angel" came to the bedside of Brother Larry E. Allen, Sr. and whispered, "Come with me." Your task is done here on earth. What is not completed, I'll do the rest. You rated one hundred on your test and I know you did your very best. Your eyes were closed as I took your hand "I am taking you to a better land"

On February 13, 1955, a child was born to the late Johnnie S. and Tillie Mae Allen, Sr. of Prince Ed. Co. (Larry E. Allen). Larry E. (Cheese) Allen, Sr. was called to eternal rest Wednesday, May 25, 2022 @ CJW Hospital Richmond, VA. He accepted Christ at an early age, and became a member of Mercy Seat Baptist Church, Hampden Sydney, VA. He received his education at  Prince Edward Co. Public Schools. He was very athletic during his school years. He then continued his education as a Maintenance and Building at the Southside Manpower Training Skill Center in 1976. Thereafter he joined the United State Army in 1977. Larry's places of employment included Hampden Sydney College where he received the President's Award for Service. He was also employed by the Department of Correction Boydton, VA. and VDOT until his retirement.

Larry and Debra united into matrimony October 2,1982 and to that union a child was born. Larry  was a devoted husband, father, grandfather,  and friend to those that knew him. He will truly be missed by his smiles and words of encouragement.

To send flowers to the family or plant a tree in memory of Larry E. Allen, Sr., please visit our floral store.

A Memorial Tree was planted for Larry