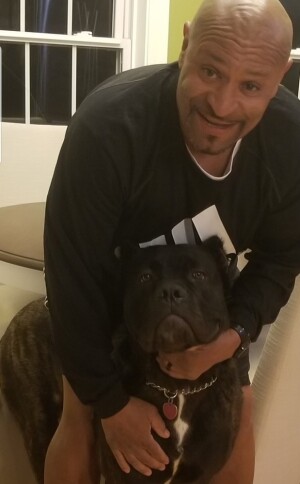 Michael Lloyd Eggleston known to many as Renshi, was born to Minor B. and Ruth S. Eggleston in Farmville, VA on January 10, 1963. He graduated from Prince Edward High School and attended Longwood University. Michael’s passions were God, his family and friends, his students, and his craft. Michael was united in Holy Matrimony to the love of his life, Shelia, on July 23, 2005, in Virginia Beach, VA. He raised three beautiful children with discipline and integrity. He taught them to be loyal, lead a healthy life, to be ambitious, to show respect and to forgive. On any given day you could find Michael cycling, walking his dog, driving his Corvette, attending a horse race or cooking for his family. Michael was best known for his dedication to karate, which he began at the young age of 14. He opened his first karate studio over 30 years ago, Eggleston’s Karate Studio. As an instructor, he inspired his students to be the best versions of themselves. For years, he served as the Virginia AAU Karate District Director. He was proud to see many of his students go on to compete at World and National Levels. Michael will forever be in the hearts of those he touched in and outside of Eggleston’s Karate Studio.

To send flowers to the family or plant a tree in memory of Michael Lloyd Eggleston, Sr., please visit our floral store.